Create an Account - Increase your productivity, customize your experience, and engage in information you care about.

On April 9th, 1907, Governor N C. Blanchard chartered the village of Bossier City, Louisiana. The Bossier City Marshal's Office was established that same year and charged with enforcing the law in the new village. Charles Smith was the first appointed city marshal of Bossier City and served in that position until 1911. The city marshal's office was the only law enforcement agency in Bossier City until 1949 when Bossier City Police Department was formed and began operations in the old city hall building located in downtown on Barksdale Boulevard.
Burgess McCranie was appointed the first Chief of Police after resigning his position as City Marshal. At that time, the Bossier City Police Department was comprised of twelve members and one police car. But like the city itself, the police department continued to grow. BCPD Traffic Division was established in 1954. In 1963 the department moved to larger quarters at 201 Monroe Street. In 1985 it moved to its third and present location within Bossier City Municipal Complex at 620 Benton Road.

Since it's creation the Bossier City Police Department has had 14 police chiefs. Chief Shane McWilliams was appointed the department's newest commander on April 8, 2010. 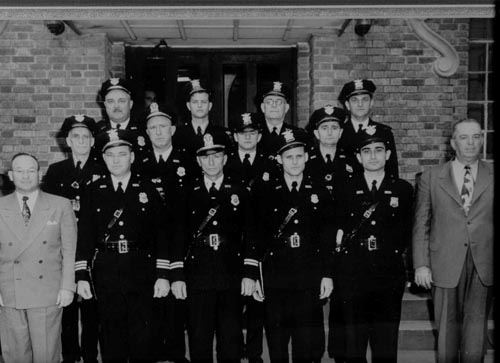