Bossier City Firefighters Larry Baldwin and Royce Glen Vogel died in the line of duty in September of 1963 while trying to rescue two city water department workers who were overcome by lethal gases inside an underground sewer lift station in the city's Shady Grove subdivision. Baldwin lost his life on September 3, 1963, the day of the incident, and Vogel died 2 days later after both were exposed to lethal gasses inside the lift station. A third firefighter, Captain A.J. Lodatto, was also injured in the incident. Despite the heroic efforts of the 3 firefighters, the 2 water department workers who they were attempting to rescue - Charles R. Brown and Clarence Reddic - lost their lives. 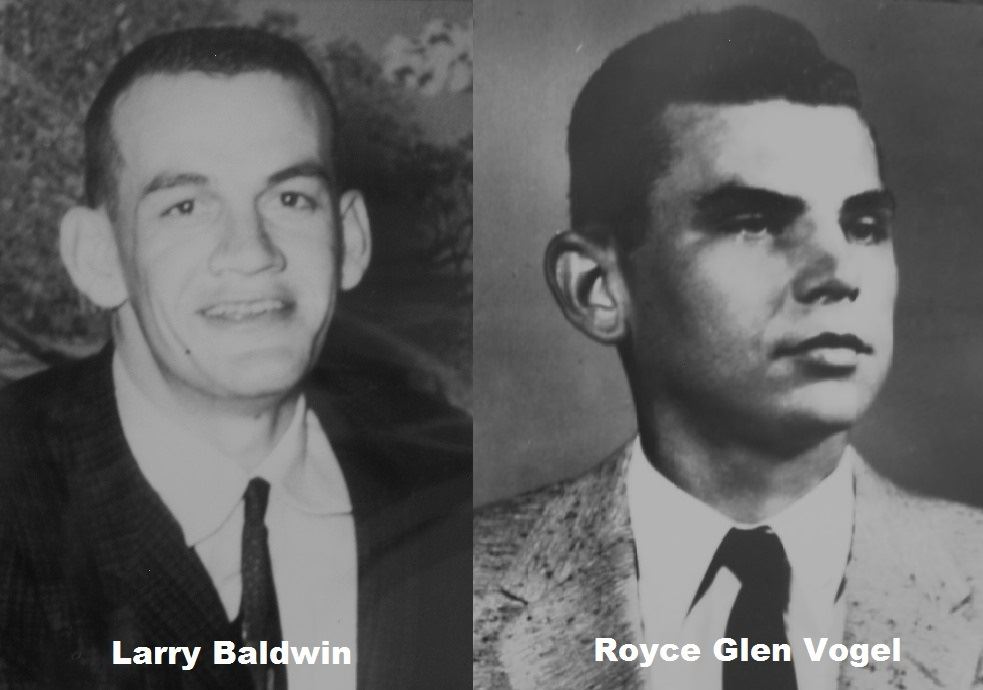